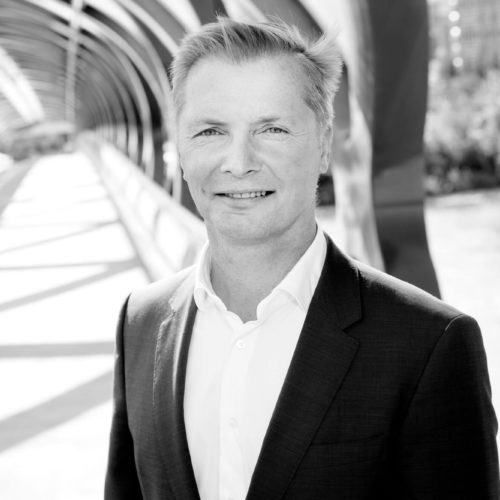 Todd began at PBA Group in 2012 and has over 20 years of real estate experience in North America, being responsible for over $1.5 billion in capital projects and financing. His career started as an accountant with Kenway Mack Slusarchuk Steward where he became a member of the Institute of Chartered Accounts of Alberta. He spent over eight years at The Cardel Group of Companies as Chief Financial Officer and held the position of Vice President of Finance at Unity Builders Group prior to joining PBA Group.

Todd served as Director and Treasurer at Habitat for Humanity of Southern Alberta from 2010-2013 and currently sits on the board of Section 23 Developments.

When he isn’t globetrotting and carving up the slopes on his snowboard, Todd enjoys daily walks with his German Shepard, Finn…and snacking on a piece(s) of dark chocolate.

Todd holds a Bachelor of Commerce Degree from the University of Saskatchewan.